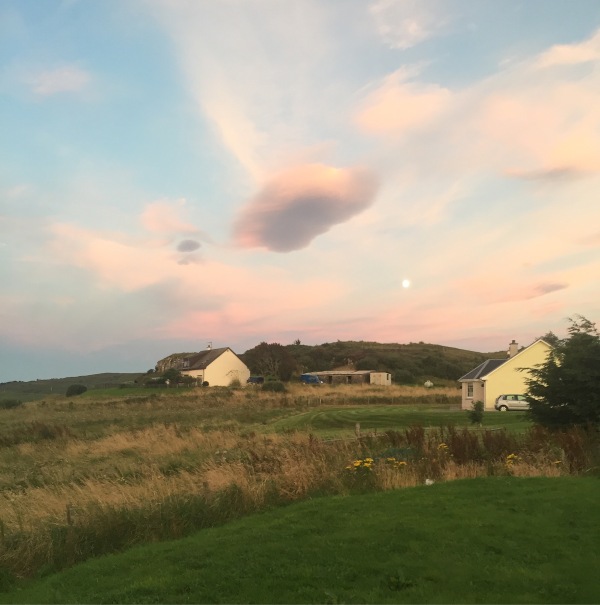 Scotland’s Landscape: Unique and Familiar
As we drove through towns, parks and cities of Scotland, I often asked myself “What does this remind me of? How would I describe this to people?” Well…I think I’ve got something:

The landscape of Scotland combines the best of coastal California, inland New England and coastal Maine. (Remember, I’m talking landscape here, not weather. We’ll get to that another day.)

Like New England in summer, Scotland is green – green trees, green grass, green underbrush, green moss – all attributed to the copious amounts of rain that fall year-round. When driving through some parts of Scotland, particulary the lowlands, I easily forgot I was in another country, and rather felt like I was cruising through the Berkshires, Vermont or New Hampshire. So many familiar looking trees, rolling hils, sheep and cow farms.

No wonder early immigrants named New England and Novia Scotia (translated “New Scotland”) as they did. And I’ve been to Novia Scotia, in particular Cape Breton, and yes, that area does look like Scotland. Perhaps I should have started with that comparison…. But for those of you who have never been to Cape Breton – which I’m assuming is most of you – I will continue.